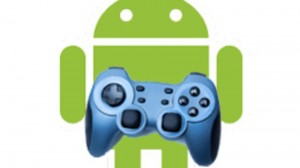 As I mentioned in part I, the ASUS MeMo lacked the required hardware to do low latency high definition gaming on a TV, a requirement of any gaming console.  So, this beckons the question, what is the best tablet or phone to use for an Android gaming console, and what would be minimal requirements?

In tablets, the Central Processing Unit (CPU), the brains of the computer, and the Graphics Processing Unit (GPU), the power horse for the graphics required for gaming, are coupled into one chip by one vendor, known as a System on a Chip (SoC).  The ASUS TF700T has the Nvidia CPU/GPU.

Qualcomm has since released the Adreno 330 in their 800 series chips. It’s not clear whether or not it beats the Tegra 4.  Benchmarks between tablets isn’t cut and dry, because one with a lower resolution can appear to do better in benchmarks, as higher resolutions require more horsepower.  It is fair to say that no matter which one is better, they are both close.

One thing is clear.  Each new GPU leaves its predecessors behind, with a continued trend towards a rapid increase in performance.  For 1080P, performance improvements are likely to plateau within a few years.  Androids are not likely to drive triple monitor setups used in PC gaming.  However, with 4K TVs lowering in price, along with increased resolution of tablets, you can expect cut-throat competition to continue to improve GPU performance in the near term.

For now, we’ll declare that our minimal requirement for a gaming console to be the Tegra 3 or a Snapdragon S4 or 600 with the Adreno 320.  And, our best will be the Tegra 4 or Adreno 330 (Snapdragon 800), or any newer GPU Nvidia or Qualcomm releases.

One requirement for a gaming console is the ability to plug it into a TV.  Obviously, having its own display is a plus for a tablet or phone, permitting it to be both a hand-held and a console gaming device.  While all tablets and phones are hand-held, they cannot all connect to a TV.

Any device that can output HDMI is a candidate. For our purposes, we’ll make 1080P a minimal requirement.  There are devices that only output their native resolution, which can be lower than 1080P.  That’s fine for hand-held gaming, but not for a console.

Mobile High-Definition Link (MHL) is a standard for connecting your mobile device to your TV and stereo.  In theory, it can potentially support many connection types.  However, today it is implemented to output via the microUSB of your mobile device to the HDMI port of your TV or receiver via a cable.  MHL 1 and 2 support our minimum requirement of 1080P and 7.1 audio.  MHL 3 supports 4K TVs.

Using Wi-Fi Direct, an Android 4.2+ device that supports Miracast can wirelessly transmit its video and audio to any TV, media player (e.g., BluRay player) or receiver supporting it.  You can also buy adaptors that can plug into the HDMI port of a TV that doesn’t support it.

This is likely to be a growing feature in devices and audio/video equipment.  Yet, it requires a lot of bandwidth and uses H.264 compression.  This may be fine for streaming your videos to your TV, but can pose a problem for gaming where a low latency is required for the interactive experience. While I wouldn’t rule this out for gaming, I question its readiness for prime time.

Nonetheless, gaming consoles do not connect wirelessly to TVs today, so this isn’t necessary.  What is important is that we can use a wireless controller, which we’ll look at later.

Where Miracast does matter for a gaming console is if you have a device like that MeMo, where this is your only option for TV connectivity, you might want to try it.  Otherwise, we’ll focus primarily on devices that support HDMI or MHL.

This is an obvious requirement for a game console.  There are plenty of controllers for your Android.  You can even use your PS3 controller.  It is possible to connect up to 4 controllers for multi-user game play.

Most Android devices come today with 1 GB memory, including my TF700T.  Some come with 2 GB, such as the just released TF701T.  For our purposes, we’ll define 1 GB as minimal, and 2 GB as ideal for Android gaming.

Storage capability can vary widely from one device to another.  First, there is internal storage, often incorrectly marketed as “memory”.  You’re stuck with whatever internal memory it has when you purchased the device, often 16 GB or 32 GB.  Some devices let you add storage capacity via SD cards.  The TF700T supports a microSD on the tablet, and a full sized SD (or adaptor) on the keyboard dock.  If the internal and two SD cards are 64 GB, then that would be nearly 200 GB of flash storage.  The TF701T supports 128 GB flash cards.  The keyboard dock also has a full-size USB with hub capability, meaning you can plug in any external USB drive, adding terabytes if you wish.

Devices without SD support, such as Nexus, could prove to be limited.  However, even the Nexus USB supports external USB flash or hard drives.

How practical is this for gaming?  I don’t know.  The question is how well large games can support external storage, or how transparent the devices make it for the developers.  For now, let’s not imagine limits that may not exist.  Even if SD cards and external storage don’t pan out well, there are devices with 32 GB and 64 GB internal storage.  Who says Android can’t potentially support a highly graphics MMORPG like World of Warcraft with the right hardware?  Check out Excalibur.

It is ironic that what Steve Jobs kept ranting was Android’s biggest weakness was actually its biggest strength.  Steve chose the not so pleasant word “fragmentation“, suggesting that with all the hardware vendors, the user experience can vary significantly.

Yet, what Steve didn’t understand is that’s just the point.  Android has a highly competitive ecosystem around hardware that lets vendors rapidly innovate to create new solutions to consumer demands.  Consumers who demand high-end get high-end.  Those that want low price can get it.  Phones?  Of course.  Tablets?  No problem.  Handheld gaming?  Yes.  Console gaming?  Yes.  Entertainment devices?  Yes.  This is why Android is on 81% of new smart phones sold, far surpassing the original lead of the iPhone.  Clearly, consumers want innovative choice and options.

So it is with Android gaming.  It is a futile exercise to talk about the one or two things Android may not be ready to do today.  If consumers demand a complex and graphics intensive MMORPG, the vendors are free to create the hardware and software solutions on Android to satisfy that demand.  This is why Android is consuming the electronic device landscape.  Our quest is to prove that the console vendors are the next historical landmarks to be displaced by Android innovation.

Part I – The Quest

With a passion for Investing, Business, Technology, Economics, People and God, Erik seeks to impact people's lives before he leaves. Contact Erik
View all posts by Erik S →
This entry was posted in Fun, Gaming, Technology and tagged android, console, gaming. Bookmark the permalink.